On letting the writing settle…

It’s now two weeks since I left the magic of Varuna.

I returned home to brilliant cuddles with my girls and full of energy for the manuscript, for being a calm and present mum for a while, for ‘resisting re-entry’ and trying to keep a sense of that Varuna quiet.

It didn’t last long. But madness is also wonderful. And it has been a mad, and delightful, fortnight including a weekend with dear friends in Bright, a smashed window in the lounge room due to an accidentally 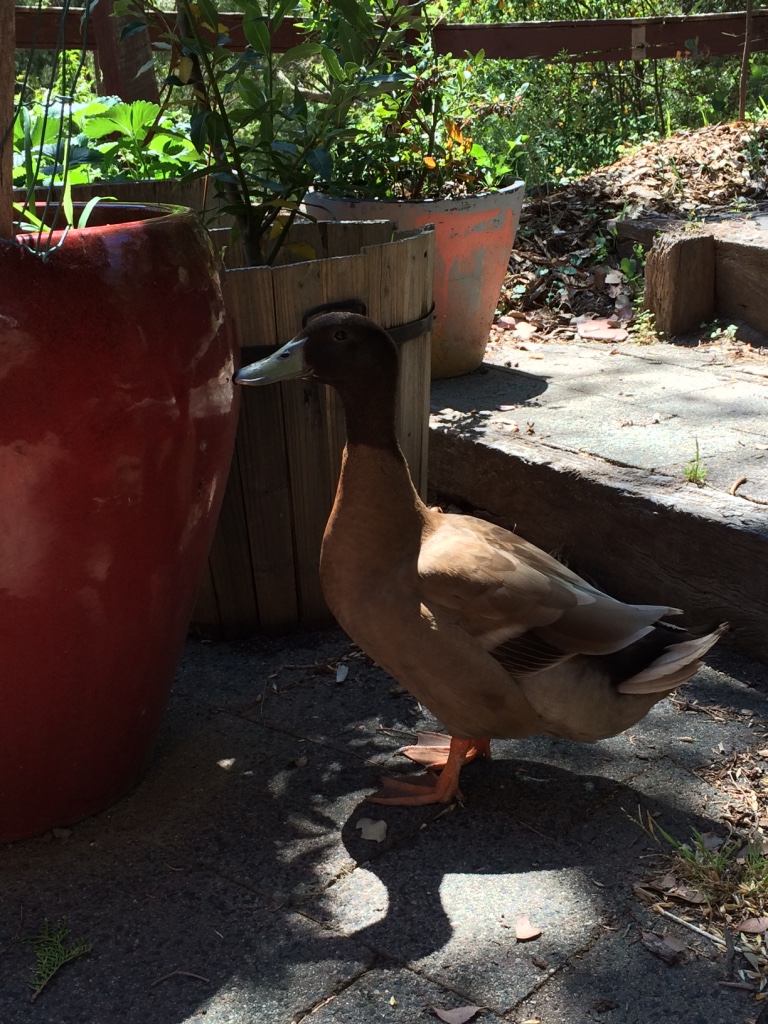 but perfectly aimed Lightning McQueen, uni assignments, kinder excursions and a visiting duck who has made himself at home at our place.

But the writing must go on. And it has. In snippets and bursts and with the first edits back from my publisher on some extracts (terrifying and validating in equal measure).

I’m giving it a little time to sit, to let the new writing settle; new writing that seems so spot on when it comes spewing out, and then, a week later is so clunky and wrong. Knowing, as I now do, that the longer I let it sit, the more faults I find, I fear that perhaps I should have told the publisher to give me 6 years and not 6 months…alas, I don’t think they make those kinds of deals with first timers.

I’ve made a long list of questions to myself on each chapter: Does this fit with what I said earlier about this character? Match box or flint box? Would she really have said that? What does a whale feel like to touch? And I’ve been prodded to ask others from the wonderful readers in my writing group: how long can you leave a dead body before there is a smell, for instance. Not somewhere I really wanted to go I’ll admit, but go there I must.

It’s a slow process, a cathartic one. Less in more, is the instruction from my editor. I’m wielding the red pen (in the form of the delete button) with a kind of mania. It feels good. It’s a freedom of sorts, I suppose, letting go of that which I have sweated and toiled over. It’s all there, behind what is left, and the words that are left are the stronger for it.

So – on the home stretch now. The start of the home stretch at least. And just to really let the writing settle completely, I’m taking it on retreat. To Ubud. Because somehow I won a trip to the Writers Festival there, and time with other writers and a masterclass with The Guardian and space and quiet (and cocktails by the pool) where I can finish this thing – the next draft at least.

I’m banishing the mother-guilt (again) and packing my list of questions and notes and hoping that my ear and my nose for the rugged 1880s east coast of Australia will be heightened by the fact that I’m sitting next to a pool in Bali with a G+T. Hope so.