Getting your hands dirty

As I recover from a bout of a flu-like thing that was probably just a cold, my bloke encouraged me to get my hands in the soil and sun on my face. We made two wicking beds in old apple crates this summer, which gave us great tomatoes and spicy basil but they have been ready for replanting for a few weeks. My hand was forced when the rest of the family came home from a trip to the local nursery with a tray of seedlings.

As I weeded and dug and turned the compost into the earth, I remembered that it wasn’t so hard. There were fat worms in the new compost and the kids were delighted as we sunk our hands between them to plant out rows of carrots and bok choy and leeks. My head was still heavy and I could easily have stayed in bed but there was something about the sun and that verdant green against the black soil that was filling me up again.

And thus I was forced to confront that I have been neglecting my writing in much the same way as I had our garden. I’ve made excuses and set schedules that I don’t meet, told myself that I would start tomorrow, or when it felt right, or when I had thought it out some more. But the truth is, there’s a big, fat new idea simmering there, and I am terrified of putting words down lest they all turn out to be rubbish.

I remind myself that there’s another lesson I’ve learned through our veggie patches. I used to be the kind of person who rips out everything once the season is done; not caring if I destroyed the last ripening tomatoes, or the still going parsely, because all I wanted was a clean slate. I did the same with notebooks; incapable of looking at the pages of scribble that I had lain down only months before, I would ruthlessly tear out everything to start fresh.

But it doesn’t work that way. Those tomatoes will be sweet. The parsley will keep on keeping on. There might be a pearler of a line, the tiny seed of an idea in those pages I rip out. Writing the novel (and growing up and being a mum and losing some of the perfectionism) has taught me about the importance of being in the in-between state, a balance of the old and new, the good and the bad, that uncomfortable grey area. 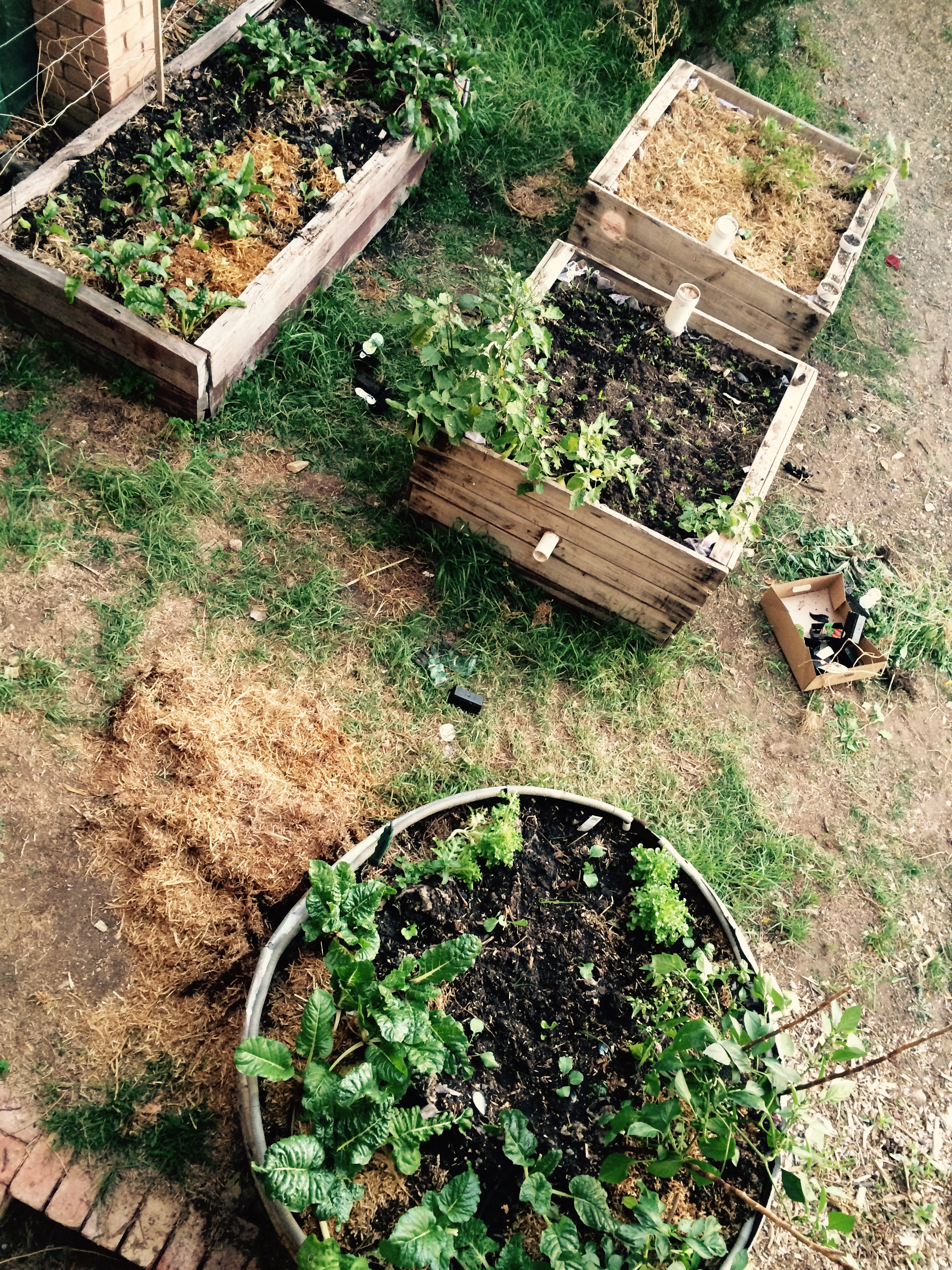 There’s dirt under my fingernails tonight, and new seedlings among the established beetroot and the last of the eggplants, and it feels good. Tomorrow I’m going to face the blank page, and those other pages peppered with half lines and ideas and questions to myself. And I’m just going to dig in and start there, see what comes – not worry so much about that bigger thing I am trying to grow.

So true, Kate. It’s hard getting back on the horse after the first novel is done and dusted – you kind of feel like a novice again,that it will be too long and hard to go through the whole process again – but before you know it that idea that’s been ticking around inside your head will take shape like Skylarking did and you’ll be off on another (albeit long) adventure. If you’ve done it once…….

Thanks Mark – lovely words of encouragement from deep in the trenches of the second yourself! Hope it’s all going well.

Ok Kate..what a beautiful analogy. I know you can separate the weeds from the flourishing vegies and write something wonderful! Good luck.

Great post Kate, and all too true. There’s nothing more terrifying than sitting down to start a new writing project – it all seems so big and messy and ill-formed. But form will present itself eventually and when it does, it’ll taste as sweet as a cherry tomato!

Thanks Sally. It’s so good to hear from those who have done it, that it’s normal to feel like this! How is your project going? Have you had your Varuna time yet? Hope all is well x

Makes me feel better Kate. I send my manuscript off and now can’t write anything (this comment excluded). xx

I’m dying to hear what happens with your manuscript! But yes – empty of inspiration, right?! xx